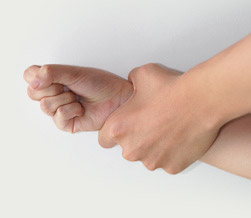 It has been said that the home should be a refuge from life's problems. But, for many, home is more like the front line of a war zone. Home is where one of this country's most insidious crimes takes place… far more often than many people realize.

Domestic violence occurs in the very best, upscale neighborhoods and in the poorest homes, among people of all ages, races, income levels, and educational backgrounds. (Even in relationships and families that appear to be "perfect." And, it's not just boyfriends, ex-boyfriends or spouses? Abusers may also be a child, sibling, parent, grandchild or grandparent. Domestic violence victims tend to have long-term relationships with their abusers.)

The statistics are chilling:

According to a study conducted late in 1998 and reported in the Journal of the American Medical Association, more than one out of three women treated in community hospital emergency departments say they have experienced domestic violence during their lifetimes. The survey also identified four high risk factors for physical or sexual injury from abuse:

Researchers say it's critical that doctors, police, hospital emergency departments and other care givers understand just how prevalent this problem is and learn to ask the right questions. In many cases, these may be the only contacts abused women have with health care professionals.

And the signs are not just the obvious physical body language and bruises but also the interaction between husband and wife when both spouses are present: Does he tend to dominate the conversation or to answer for his wife? Are there any other obvious tensions? Is she looking for someone to help her but too afraid to ask for confidential assistance?

Yet, there is a fine line between being receptive if a woman wants to confide that she has been battered, and being intrusive. Experts say it can be frustrating to want desperately to help, only to watch a woman return again and again to an abusive situation.

In many cases, the victim is embarrassed and/or unaware of their options or their rights. At the absolute minimum, literature should be readily available with local domestic violence shelters or advocacy groups that may be able to arrange for counseling, legal aid, emergency housing, medical care, and child care needed to get through the crisis. Organizations may even exist where the victim can learn job skills that lead to better self-esteem and self-reliance.

Addressing the problem may require a whole new lifestyle -- at what is possibly the lowest point of the victim's life.

The many forms of domestic abuse

There are many types of abuse in addition to physical violence. These include sexual, verbal, financial and emotional abuse.

In many cases an abuser can change from Dr. Jekyll to Mr. Hyde in a matter of minutes and, research suggests, they often share certain traits:

Victims, on the other hand, may also share certain characteristics -- what some call an "abuse-prone personality":

For example, a woman may be aware of something she has said or done that aggravated her partner and that if she continues, sooner or later violence will happen. So, she just figures that whatever the outcome, it was her fault. Perhaps believing this allows her to divert the blame from her spouse and rationalize staying with him.

The all-too-common cycle of domestic violence.

It's that whisper of hope that things will change that seems to keep many women in the home with an abusive man. Research indicates that a woman leaves an average of seven times before she leaves for good.

Why does a victim stay in an abusive relationship?
Because it is never easy to leave.

There are dozens of decisions a woman has to make before she exits an abusive household. It's not like just packing up and abandoning ship.

If she leaves, she has to take on the responsibility of raising her children alone. In far too many cases, she stopped her education when she married and now she suddenly finds herself in need of marketable skills if she is to enter today's competitive job market. Or she may fear for her safety if she leaves and is then stalked and located by her spouse or partner.

Then, perhaps at the heart of it all, there is the reality that she loves this person and any decision to leave will put an end to however many years she has devoted to their relationship. She married him, had his children, and leaving him and "breaking up" the family may well be even harder than putting up with abuse.

She may also believe that the abuse is a result of circumstances that may improve.

This is where a great deal of rationalizing takes place, blaming a battering incident on "stress from the office." They tell themselves, "It has never happened before… he said it won't happen again.

As a temporary stop-gap, GPS-enabled devices are now available in the form of pendants, bracelets, hairclips, etc. that provide the wearer with various types of stealth emergency alert systems. In fact, some of these can even be activated by a sudden jolt such as a slap or punch, prompting your cellphone to call friends, family or law enforcement while also sending real-time audio and video to the cloud for later evidence. These can help to empower at-risk individuals and help offer immediate assistance.

In order for there to be real change, however, the woman must have a solid plan of action. She may rehearse it over and over in her mind, but until she actually takes action, it is only a plan: Where do you see yourself a year from now? Or ten years from now? If she can answer these questions, she can work on meeting her financial needs, to provide transportation and housing for her and her children, and to set in motion a plan that will succeed.

By taking action and being responsible for their own positive outcomes, victims gain attributes that help to form a strong foundation for their new life… self-esteem, self-reliance and independence.

The key to breaking the cycle of abuse is education. The public needs to have the same intolerance toward domestic violence and abuse that they have toward child abuse.

No one wants a sex offender living next door to them. People need to feel the same way about having someone who abuses his wife as a neighbor.

Domestic violence is an insidious crime and requires that we all be more alert and helpful if we suspect that violence has touched a neighbor or a friend.

Join the conversations:
+ Add your comment for Domestic Violence Prevention and Assistance
▲ jump to top of article
Other Popular Posts

Subscribe to our RSS
Information provided here should not be relied on to diagnose, treat, cure or prevent any condition, disease or illness. Please consult with your physician or health care professional for guidance on any health concern. DetroitHealth.com is a commercial website and is not affiliated with any government agency, university, or private medical center. COMPENSATION DISCLOSURE: This site may be compensated for products promoted here. Read our Privacy Policy and Terms of Use.